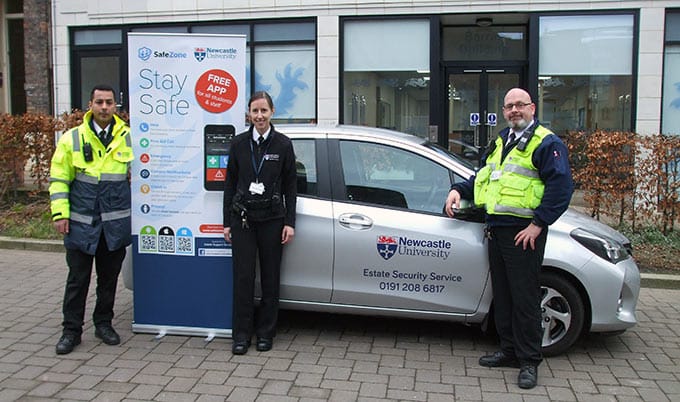 Cutting Your Team’s Response Time in Half

According to Police Mag, there are four primary ways to minimize the damage caused by an active shooter1:

All are difficult due to various bureaucratic and budget constraints, but we’ll focus on reducing response times, particularly given the ability to tie reductions in response time to the duration, severity and magnitude of a critical incident.

In a 2017 US study, researchers found that the average police response time was around 10 minutes.2 Department of Homeland Security research revealed that the average duration of an active shooter incident at a school is 12.5 minutes yet the average response time for law enforcement is 18 minutes. When you stop to consider the amount of damage that can happen in 10-18 minutes, this lag time is both risky and dangerous.

In an emergency, seconds save lives, so even reducing response times by a couple minutes can potentially mean the difference between life and death.  For example, a security officer who arrives at the scene of an active shooter can begin to provide intelligence to other first responders, help evacuate potential victims, and engage with the assailant, distracting his attention from inflicting harm on additional victims.  Furthermore, by limiting the duration and severity of a critical incident, the security team is actually mitigating risks and helping to reduce brand exposure for the larger organization.

How quickly police arrive on the scene after a call is determined by a number of different factors, which includes the severity and type of incident, the number of high priority calls coming in at the same time, and staffing levels. Finally, the size of the geographic area your team is responsible for patrolling has a significant impact on response intervals.  Most of our customers are responsible for patrolling multiple campuses across several hundred acres/km which heavily impacts the time required to respond to a critical incident.

Given several of the factors which impact response intervals are outside your safety and security team’s day-to-day control, what can you do reduce your team’s response intervals?  Ideally, you’re looking for strategies and tactics that don’t require a major forklift in technology, significant changes in personnel or a massive capital budget infusion.

Driven by increasing threats, combined with executives’ recognition of the value of protecting their brand and need to fulfill their duty of care to minimize liabilities, many universities and companies are beginning to explore the use of innovative technology to help maximize their team’s effectiveness and ensure a faster response.

That’s where we come in. Our SafeZone solution has been deployed by a number of large companies and universities around the world to protect their employees, faculty and students.

Prior to SafeZone deployment, one of the major challenges our customers face is timely awareness of a given incident, which is understandable given the breadth of coverage for which they’re responsible.  For example, an individual has an epileptic seizure and their colleague calls 911.  EMTs arrive at the scene, treat the victim and take the patient to the hospital for further examination.  Unless your control room or a member of your team saw the ambulance, it’s unlikely you’d know about the event until later. And despite safety and security teams publicizing and promoting their phone number, many just call 911.

With SafeZone, those under your care can simply use the SafeZone app to call for help, which immediately provides the identity of the person calling for help as well as their location (updated in real-time).  This saves valuable seconds which would otherwise be used to ask for the name of the person calling, and their location.  Furthermore, sometimes those calling for help either don’t know where they are or are unable to express it.  Examples include a new employee who is not yet familiar with their surroundings or an international student whose language skills are limited. Lastly, your team will now be better aware of the incidents and can dispatch to emergency services as needed.

SafeZone’s distributed situational awareness is a game-changer because it provides each one of your safety and security officers with a real-time view of the location of all critical incidents reported, and depicts the location and availability of their colleagues relative to the incident.

As a result, our customers report significant improvements in response times because they’re able to see the incident reported in real time and often “self-dispatch” or assign themselves to respond. This contrasts with being dependent on the Command Center dispatcher to take the initial call, identify the incident, who needs help, their location, determine who to assign to respond to the incident, and then relay all of this information to first responder(s).

Even better, for areas that are more difficult to patrol and cover such as multi-story buildings, you can use the SafeZone Indoor Positioning solution for a 3D view of incidents.  So not only will you know there’s a person who needs assistance in a given building, but you’ll know they’re on the 7th floor, East Wing, outside the main conference room. Of course, this also has a tremendously positive impact on your team’s ability to respond in a timely manner. It’s all about providing more actionable and timely data to help your team be more effective.

We find it’s helpful to cite our customers to help illustrate the benefits our service can provide. Roger Stearns, Assistant Chief of Police, Texas A&M University-San Antonio said, “With SafeZone’s Indoor Positioning, we’re able to provide a faster response. And whether it’s a medical emergency or an active shooter, seconds save lives.”  And Les Allan, Director of Safety, Security & Logistics Services, Heriot-Watt University cited improvements of over 50% in his team’s response intervals. In fact, Heriot-Watt and CriticalArc were recently honored to win the 2018 Security Project of the Year in the Security & Fire Excellence Awards.