Is Your University Doing Enough to Keep Women Safe?

“Nobody should be put off going to University because of fears about their safety. If my children choose that path, I would expect my daughter to be as safe as my son on any campus in this country. This taskforce will ensure that universities have a plan to stamp out violence against women and provide a safe environment for all their students. We do not tolerate this behaviour in any part of society and I’m not prepared to let it take place on university campuses unchecked.” [UK Business Secretary Sajid Javid, who asked Universities UK to set up a task force to address a range of safety issues in 2015.]  (1)

But five years later in 2020, the Office for Students found that progress in adopting the task force’s recommended approaches was slow and not widespread or consistent across the sector. The slow adoption among some universities is puzzling given Universities have strong clear legal duties through the Equalities Act 2010 and the Public Sector Equality Duty, according to former Minister of State for Universities, Jo Johnson. (2) 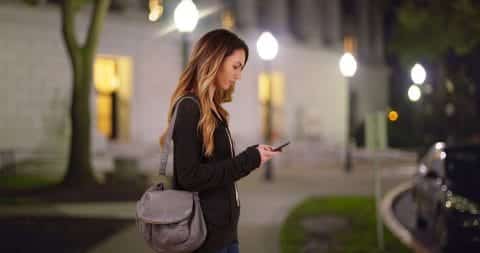 Concerns about safety have recently regained momentum with widespread conversations about women’s safety, sexual harassment, and sexual assault against women. And these concerns unfortunately extend from the home to the workplace and yes, to university campuses across the country.  Many are taking to social media to share their experiences of harassment and are demanding that violence against women be taken more seriously, including improvements in protection.

Without question, the Sarah Everard case is one that hits close to home, with many women coming to the realization, “Sarah could have been me.” This is not hyperbolic given the systemic nature of this problem.  A recent YouGov survey found 97% of women aged 18-24 had been sexually harassed, while 80% of women of all ages had experienced sexual harassment in public spaces.  In addition, a TUC/Everyday Sexism research found 52% of women had experienced sexual harassment at work, and of the 20% who had reported it, 75% said nothing had changed, while 16% said they were treated worse as a result. Equally discouraging, there’s a widespread lack of faith in UK authorities’ ability to deal with sexual harassment, as evidenced by 96% of respondents who did not report incidents, with 45% saying it would not change anything. “This is a human rights crisis. It’s just not enough for us to keep saying ‘this is too difficult a problem for us to solve’ – it needs addressing now,” said Claire Barnett, executive director of UN Women UK. (3)

And the statistics are especially daunting for younger women, including those attending universities. According to the Crime Survey for England and Wales, Sexual assault is most common among younger women, with about one in 10 people aged 16 to 24 having been a victim in the past year, and one in 40 young women who said they had been victims of rape in the past year, but fewer than one in 10 women under 25 report it to the police.

Women’s Safety an Issue at Most Universities

Across universities, women, including students, academics, staff, and student leaders have shared recent experiences of harassment, abuse and assault including in the context of the university. Many of their stories can be found on sites like Everyone’s Invited. It’s no wonder then that young women across the UK have begun to raise their voice across university campuses to express their frustration and outrage with the status quo.  They’re demanding that universities elevate efforts to help keep women students and staff safe on and off campus. (4)  They’re communicating they don’t feel safe, especially at night and are requesting additional safety measures, better protection and an increased focus on keeping all students safe. 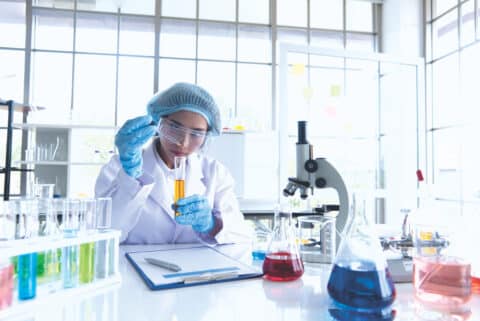 Calls to Reclaim the Campus

These concerns are well supported through Reclaim the Campus, a campaign led by students and recent graduates to raise awareness of sexual harassment and violence experienced by those in Higher Education, with an emphasis on inspiring change. CriticalArc supports the viewpoint that higher education institutions need to adopt a holistic approach, like that proposed by ProtectED — one that encompasses the before, during and after of an incident.

In Search of a Solution

In response, some universities are now in search of innovative solutions that can meet these demands and be quickly deployed to demonstrate to students and staff that they’re prioritizing the safety and wellbeing of the university community.  In fact, CriticalArc has received a surge of inquiries in recent weeks from UK universities and student unions who want to explore how SafeZone can potentially assist them with these efforts. 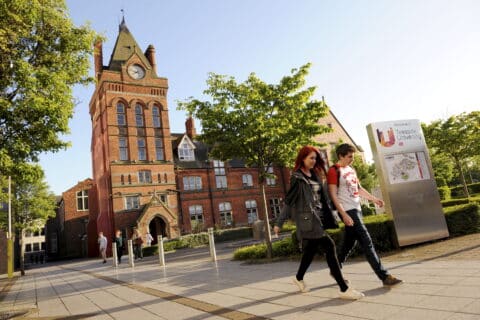 Considering the increased pressures to respond, we thought it would be helpful to highlight how one UK university has fully committed to student and staff safety and proactively deployed a robust program to care for the safety and wellbeing of the university community. To assist us, we recently spoke with Claire Humble, Head of Safety, Security & Facilities at Teesside University who was kind enough to share the details of her team’s initiatives.  [Claire’s team is held in high regard and recently won the IFSEC Security & Fire Excellence 2020 award for ‘In-house Security Team of the Year’]. 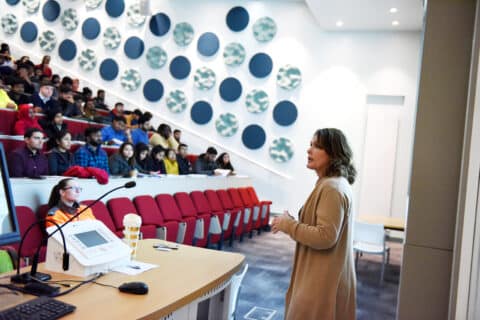 With a student body of over 18,000 students, Teesside is located in an urban setting, with its main Middlesbrough campus in NE England. When Claire took over in December 2017, she won support from Teesside’s executive board by highlighting the pivotal role of security and safety in attracting students, especially those from overseas, and she made a successful business case for the improvements she wanted to introduce.

Claire set about transforming her department by bringing Security fully in-house with a more diverse male and female team with a broader skillset i.e., mental health first aid training, identifying, and implementing technologies to improve situational awareness and emergency response, and an emphasis on positively engaging with and assisting the student community with more ‘friendly’ uniforms, and body cams. 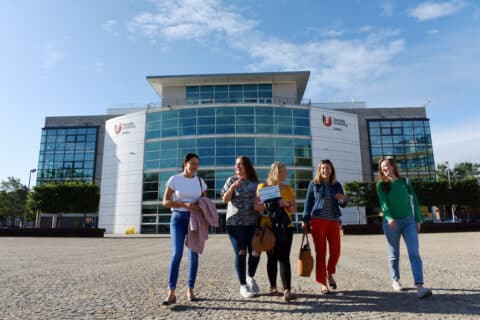 The scope of Claire’s strategy boils down to three major tenets: engagement, education, and empowerment. To help execute this strategy, Claire formulated a new Student Ambassador Program comprised of young women and men with a diverse skillset focused on engaging their peers daily as they patrol the campus.  The Safety and Security team maintains a more visible and accessible presence 24×7 and are always willing to listen and engage. The focus on customer service has helped improve student satisfaction and retention, making a potentially vital contribution to the financial success of the university. This is reflected in the 2018/19 International Student Barometer results, with Teesside University international students reporting more positive views about safety and security.

The Student Ambassadors focus on relating to students, with an emphasis on listening and advising students on various tools and services to help keep them safe and helping access campus resources, including counseling.

We use SafeZone in so many positive ways to help.  If students report anything to do with safety, we always ask, “Do you have SafeZone and do you know what it is?”  It’s a really strong tool in our Toolbox to help us have a tangible way to demonstrate that we care about the student’s safety.  It is really important that people know we do care about them and they can easily contact us 24x7.

One of the primary tools the Ambassadors promote is SafeZone, a unified safety, security, and emergency management tool that students can use to call for assistance with the touch of a button using their smartphone. When an alert is raised, the service enables Claire’s team to instantly know who called, where they are, acknowledge their call and quickly respond (they’re now responding 50% faster with SafeZone).  SafeZone has been downloaded by thousands of Teesside students and is used regularly both on and off campus, including those who study abroad.  Examples of how the Safety & Security team has used SafeZone include helping students in town who were disoriented and needed a ride back to campus through a free taxi program, escorting students back to their accommodations late at night, and assisting students abroad who lost their wallet or passport.

It’s all part of an overarching strategy to provide for the safety and wellbeing of Teesside’s students both on and off campus. With SafeZone, regardless of the student or staff member’s location, they call for help in the same way each time and Claire’s team are made aware of the incident even if it’s outside their jurisdiction so they can follow up with the individual and make sure they’re OK. 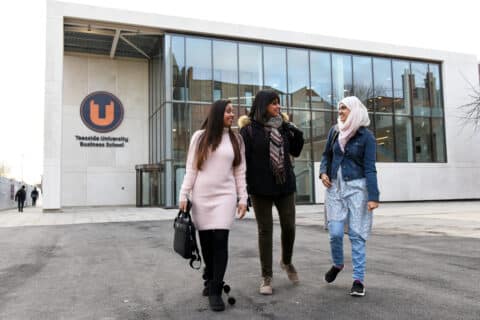 Claire often cites SafeZone as a tool her team promotes to empower students to help keep themselves safe.  For example, a student working alone in a remote setting, can check-in when working in a remote setting so the Safety & Security team knows who and where they are. Likewise, a student can contact the safeguarding team to request an escort or a cab ride home.

There are dozens of different ways to use SafeZone to help keep university students safe and one that Teesside plans to roll out soon is a “See something, Report Something” feature which is an easy way for a student to report they’re feeling down, need support or counseling, getting pressure from a previous relationship, or have a friend they’re concerned about that has suffered significant mood or behavior changes.

This cohesive approach has paid off in spades for Teesside University. Despite concerns about crime in the campus’s city center location, Teesside University’s campus and its surroundings are considered safer and are more welcoming, with a 19% reduction in crime.  For example, unauthorized entry to campus facilities is down by over 80%, following the introduction of card access for all buildings. And Student surveys have verified that students do indeed feel safer as Claire describes here.

Partnering with the Student Union

Claire has called for the provision of easy-to-understand information for students and staff on how they can report, disclose, or seek support if they experience or witness any incident of harassment or sexual misconduct. To help accomplish this goal, the Safety & Security team has forged a powerful relationship with the Student Union.  Teesside’s Student Union has been very supportive, endorsing and recommending the use of SafeZone and offering counseling to students about healthy relationships.

Likewise, the Safety & Security team and Student Ambassadors direct students to the “Yes to Respect” website promoted by the Student Union – where students can go to talk to counselors about unhealthy relationships, anonymously if needed, and are then directed to the proper resources overseen by the Student Wellbeing team.

We anticipate that in the coming weeks, there will be continued emphasis and demands that universities make concerted, incremental efforts to demonstrate their commitment to keep women safe on and off campus.  If your institution is contemplating taking concrete measures and would like to explore how SafeZone can assist you with this challenging endeavor, please contact us here. We’d love to help!